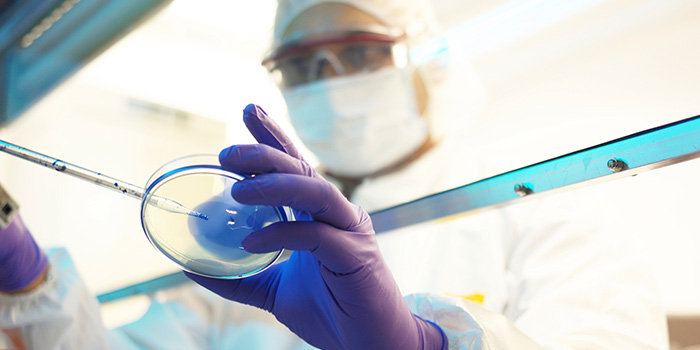 The vision and direction of KPS comes from the top. Take a moment to meet the people at the helm, who ensure that our clients receive the unparalleled results, successful outcomes, and premium experience they deserve. 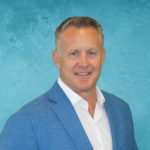 In 2006, he founded Kelly Clinical Consultants, a functional service provider that supplied Clinical Research Associates and Project Management for long-term trials. Clients included many of the world’s leading pharmaceutical and biotechnology companies. Among the many trials under the company’s supervision, they also trained, mentored, and managed a team of Russian CRA’s for a hypercholesterolemia trial, and conducted performance evaluations for 28 independent regional contract CRAs.

In 2010, with the help of a private equity investor, Kelly Clinical Consultants became KPS Life. The headquarters were moved from Philadelphia, PA to New York, NY. The platform of a domestic US functional service provider transitioned to a global focus. Today KPS has operations on six continents and practically every country.

Prior to that, David was senior lead clinical researcher at Wyeth, in the women’s health therapeutic group. He also served at Amylin Pharmaceuticals with a focus on diabetes and diabetic retinopathy. At SmithKline Beecham and GlaxoSmithKline Pharmaceuticals, he was a regional clinical research associate for the Pulmonary and Diabetes therapeutic unit.

David began his career at the global CRO Covance in 1995 as a clinical research associate monitoring clinical drug trials for developmental phase III and IV for sponsor pharmaceutical companies. 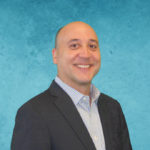 He joined KPS in 2014 as Vice President of Business Operations & Alliances accountable for growing the client portfolio within KPS. In 2018, he was appointed to Chief Operating Officer of KPS to expand the operational infrastructure and client base within KPS to support its growth and quality of Services delivered. Prior to joining KPS, George was Global Head of R&D Procurement for Teva Pharmaceuticals and Cephalon, Inc. (prior to Teva’s acquisition of Cephalon in 2011). He provided sourcing and procurement strategies for Teva’s R&D organization on the Branded Products side for all clinical categories. In addition, he was accountable for all Strategic Relationship Management (SRM) execution and oversight with Teva’s 3rd party suppliers across R&D.

George was Director of Contracts at ReSearch Pharmaceutical Services, accountable for all Sponsor contracting and study site negotiations worldwide from 2002-2007. He organized and was accountable for the first centralized outsourcing function within Clinical Research for Pfizer’s Global R&D division in Groton, Connecticut.

George began his career at Covance, Inc., a global CRO, as its Director of Finance.

George earned his B.S. in Marketing and Management from West Chester University. He has spoken at numerous pharmaceutical industry conferences over the years and has been instrumental in driving value and cost savings for the pharmaceutical companies that he has worked for through the strategic use of clinical outsourcing providers. 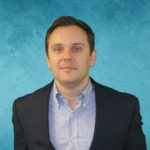 Emanuel Pichlak serves as CFO at KPS Life, where he is responsible for the company’s finances. In this capacity, Mr. Pichlak manages KPS’s financial planning, reporting and analysis as well as the accounting, tax and controller functions.

Mr. Pichlak received his MBA from Columbia Business School and a MS in Economics from University of Lodz, where he studied computer science and econometrics. 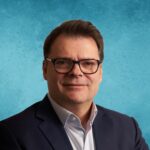 Dr. Czapliński has nearly 30 years experience in medical and clinical research with over 3 years medical practice and 26 years of executive paired with operational management in the clinical research industry.  He obtained his Medical Degree in 1993 at the University of Warsaw.  After serving few years as medical doctor at the Department of Anaesthesiology and Intensive Care in one of the largest paediatric hospitals in Central and Eastern Europe (CEE), he joined the CRO segment where he gained 26 years of initially regional then global operational management. He was responsible for the expansion of 4 CROs across Europe, APac and LatAm as well as companies consolidation following several mergers. He has a very good understanding of multiple countries requirements and firmly believes of the importance of local country scientific leadership input. In 2000 he obtained his MBA from the prestigious Haute Ecole de Commerce (HEC), Paris, France.  Born in Poland but grew up in Morocco where over 16 years he learnt to speak fluently English, French, Spanish and basic Arabic. His native language is Polish. Kevin has over 30+ of years of experience in the life science and drug development industry.

He holds an MBA degree from Pepperdine University and a Bachelor of Arts degree in Economics from the University of Michigan. 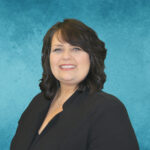 In this role, Tina provides leadership to the clinical operations team, is a member of the management team, and serves as point of contact for issue escalation. During her tenure at KPS, Tina has managed and help grow our largest FSP Program at a respected Sponsor.

In her 19 years’ clinical research experience, she has held various roles in Clinical Operations, including study coordinator, site co-owner and manager before moving into pharma as a CRA with Roche/Genentech. Tina had a 10+ year career at Roche/Genentech included the roles of CRA, ClinOps Affiliated System Advisor North America, Global FSP System Advisor Lead, and Vendor Manager – Clinical Outsourcing North America, over the IQVIA FSP. She is dual ACRP certified and fluent in English, Spanish and French.

PARSIPPANY, NJ and Malvern, PA - LINEA System, LLC (LINEA) and KPS Life have begun a partnership to offer their services as a fully integrated solution offering expertise, data analytics and technology. This partnership will allow sponsors to execute their clinical...

“We are excited to announce the opening of our European Headquarters in Warsaw, Poland,” said David Kelly, President & CEO of KPS Life. “This is a natural step in our global expansion strategy which positions KPS Life to serve our existing and growing base of...

KPS Life is pleased to welcome Kevin Duffy to the KPS Life Family as Chief Commercial Officer where he will oversee the sales and marketing divisions of KPS Life. "We are delighted to have Kevin join our team at this exciting time in our organization’s strategic...

KPS Life is pleased to announce the completion of a growth capital strategic investment from LongueVue Capital and Adrian Otte.